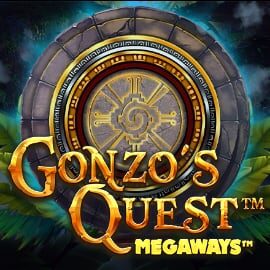 Gonzo’s Quest is an integral part of the slot machine scene. It is a very well designed and graphically well implemented slot machine from NetEnt – one of the most famous manufacturers of video slots. There is no jackpot or elaborate bonus rounds, but there are multipliers when symbols fall on the same the place of the ones that have already won.

At first glance, it is noticeable that the Gonzo’s Quest Megaways slot machine visually resembles its predecessor Gonzos Quest. The winning symbols are the same and the background is also identical. Of course Gonzo itself must not be missing. However, everything has become sharper, more detailed and more animated. The water flows, leaves fall, and Gonzo who is waiting impatiently for access to his temple.

The slot hast six reels and is played with 2-7 rows depending on how many symbols fall. The Megaways allow up to 117,649 ways of winning, which can generate profits up to 21000x your bet.

The Avalanche Mechanics, as well as the free falls free spins have also been taken from the original, has been added to the Megaways slot with an earthquake feature in the base game and Unbreakable Wilds. This guarantees no boredom until Gonzo can finally climb the stairs to his temple.

Friends of many features can look forward to it. In addition to the two well-known features, Free Spins and Avalanche mechanics – which were already involved in the classic, the Megaways slot brings the two new Gonzo’s Quest Megaways bonus features Earthquake and Unbreakable Wilds.

The wild symbol is represented by the question mark and can appear exactly twice per spin. Once on reels 1 to 3 and once on reels 4 to 6. The wilds are unbreakable wilds, which means that the wilds do not disappear after participating in a win, but remain in their position, increasing the chance of even more wins.

The golden Free Fall symbol is the Scatter which triggers free spins when it appears three times.

The first feature you will encounter is the Avalanche mechanic. All symbols involved in a win are removed from the reels and new symbols fall down from the top to the free slots, which can create more winning combinations.

Along with this, the avalanche are multipliers. Each avalanche feature increases a win multiplier from x1 over x2, x3 to x5. On each new spin, the multiplier will reset.

A random feature is the Earthquake Feature, where all low-paying winning symbols are shaken off the reels and only paying high winning symbols from above can fall into the gaps. The Unbreakable Wilds, which we described earlier, also help to generate more winnings.

There is no Gonzo’s Quest Megaways jackpot on this slot just like the original. With a maximum win of 21,000x and the Megaways feature, the machine does not need this either and can still compete with the best jackpot slots.

Gonzo’s Quest is a popular non-deposit casino candidate. Gonzos Quest Megaways free spins, on the other hand, will be much less common. Since both slots are really similar and the Megaways Mechanics are well known by now, you can just grab the Gonzo’s Quest free spins or play the free slot demo. You are also able to play for real with any of the following online casino of your choice.

Of course, the two game developers can’t lump and have optimized their Gonzo’s Quest Megaways online slot machines for all mobile devices as besuits a top slot machine.

Gonzos Quest Megaways slot game was longed by many players for the original from 2011 and luckily did not disappoint the expectations of fans. The design was graphically updated but is in principle identical to the classic version. The popular free spins feature has also been preserved while the base game was pimped. NetEnt and Red Tiger have used the Megaways mechanics perfectly and, despite everything that makes up the classic, and why it is so loved even after such a long time on the market. Gonzos Quest is one of Red Tiger Slots which earned our full testing score.

What is the RTP of Gonzos Quest?

Gonzo’s Quest Megaways slot has an RTP of 96%.

Where can I play Gonzos Quest Megaways online?

You can play Gonzo’s Quest Megaways slot online for real at any online casino which has NetEnt games in their portfolio. We recommend you for example: Wildz Casino, Jonny Jackpot, Captain Spins or LeoVegas

What is the max win on Gonzos Quest Megaways slot?

Gonzo’s Quest Megaways slot has a maximum win of 21,000 times your stake. If you place a maximum bet in the game, your potential winning combinations are €84,000.

With over 5 years of experience within the gambling industry, Alina has decided to dedicate her set of skills to Casinokix. She has great knowledge of online casinos and knows exactly what makes a fair and reputable casino. For the time being, she is responsible for our content production and tries to provide readers with the best information about the casino world. Her professional approach is part of our success story. Currently, Alina is also finishing her Diploma in Journalism.
More Games 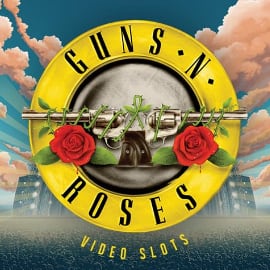 Guns N‘ Roses
Are you ready to rock the reels right? Then we have just the slot for you, because Guns N' Roses™ from NetEnt can really live out your dream of rock star life.
Play Now 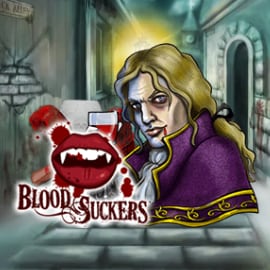 Blood Suckers
Blood Suckers is known as one of the NetEnt slot machines with the highest RTP value ever. In addition, it was released at a time when the vampire theme was super hot. While the excitement around Twilight and Co. has now resisted, Blood Suckers remains popular as it is a scary slot that goes great for Halloween and, thanks to the RTP value, of course, lures with guaranteed winnings.
Play Now 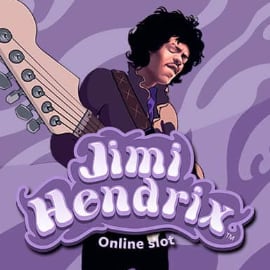 Jimi Hendrix
With its NetEnt Rocks series, the well-known game provider has created slots that pay homage to various rock superstars. The series started with Motörhead, and continues with Jimi Hendrix. Of course, NetEnt not only just backed a slot machine with a little bit of Jimi Hendrix music, but also created many exciting bonuses.
Play Now 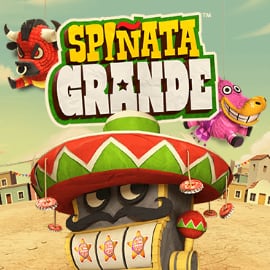 Spinata Grande
Our slot presented today has been mixing up online casinos with its Mexican charm since 2015. Spinata Grande by NetEnt combines the fun of a pinata at birthday parties on 40 paylines with the exciting chances of winning slot games.
Play Now 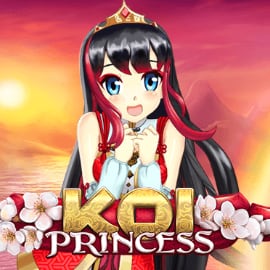 Koi Princess
Koi Princess is a NetEnt slot machine with a colorful Asian design. On the left edge of the screen next to the reels is the Koi Princess, a manga style girl who cheers you on and randomly award various bonuses. The range of bonuses is huge.
Play Now 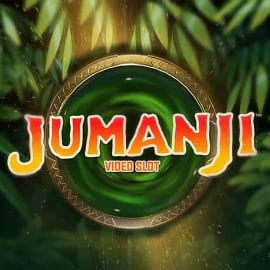 Jumanji
Film-based slots are always very popular and so we are not surprised that NetEnt is also launting a Jumanji slot with the release of the Jumanji reboot.
Play Now

Hotline 2
Like its predecessor, the Hotline 2 slot takes you to Miami in the 80s, where you can witness Miami Vice's hot chases. Join the two most casual cops of all time and enjoy wild symbols, free spins and growing reels.
Play Now 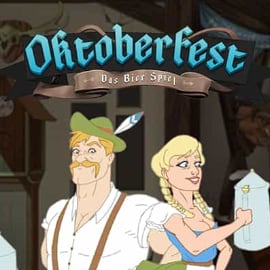 Oktoberfest
The sheer numbers are impressive: Around five million visitors per year, who consume more than six million liters of beer in the Bavarian city of Munich. We are talking about the largest beer festival in the world, Oktoberfest. In November 2016, the Swedish-Maltese game developer Nolimit City released their version of a hearty Oktoberfest slot.
Play Now
© Copyright 2022 Casinokix